Why risk assets turned around 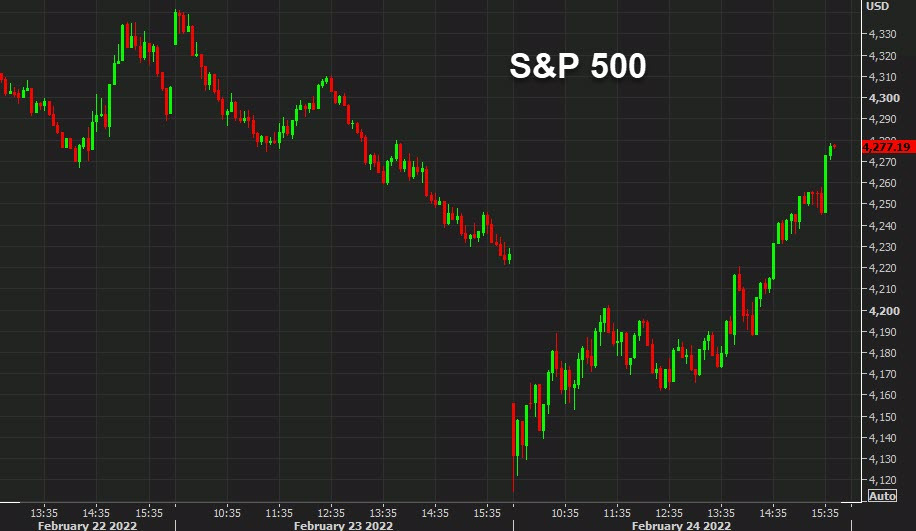 This is one of the larger reversals in broad markets that you’ll see. It’s reminiscent of the high-drama moments as the pandemic was exploding and central banks were scrambling.

The short answer is that sanctions weren’t as harsh as feared. Ultimately, Russia still has the ability to export virtual everything it was selling before. Based on what we know about these sanctions, there won’t be anything missing from the global economy and even though the situation in Ukraine is awful, it’s basically been abandoned.

In addition, we’ve heard from European central bankers that they’re less likely to hike rates this year. Pricing on a 50 bps Fed hike has also dwindled.

With that, the Nasdaq has gone from a 3% decline to a 3% gain. The huge jumps in commodities including gold and oil have also reversed. A good chunk of the rally in the US dollar has also unwound.

The bottom line is that this invasion doesn’t look like it will be material for the global economy, at least based on what’s transpired so far.