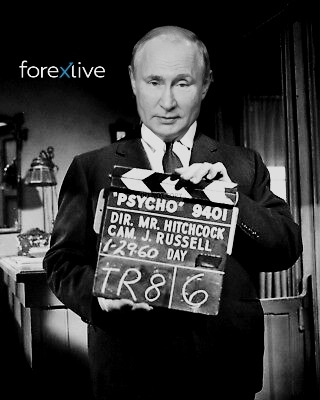 The 10% drop in Russian stocks and 3% fall in the ruble indicates that he will recognize Donbas as independent.

That’s a done deal as far as I’m concerned, although giving the US an extra 3 days to come up with something would position Putin as someone who is reluctant at home.

Ukraine is asking for an urgent meeting of the UN Security Council (which of course includes Russia).

The big question is: What does Ukraine do about recognizing something that’s already de facto true. Are they going to attack? They have had 8 years to try and re-take Donbas. Why would they now?

So then it’s a question of sanctions. This isn’t a full-scale invasion of Ukraine and France said it was only interested in sanctions if “government-controlled” Ukraine was invaded. There will be some sanctions but certainly nothing material to the global economy (and maybe not even the Russian economy).

There are many things that can go wrong here but my base case is that this all fizzles. Donetsk and Luhansk are recognized as independent, Russia’s military backs them up and we all move on.

The one nagging issue is that Zelensky seems to want a fight and the US obviously wants to sanction Russia harder and shut down Nord Stream 2 but I just don’t think Europe allows that.

In any case, it’s 6:50 pm in Moscow and Putin said he will make the announcement today so we won’t have to wait long for the first domino to fall.