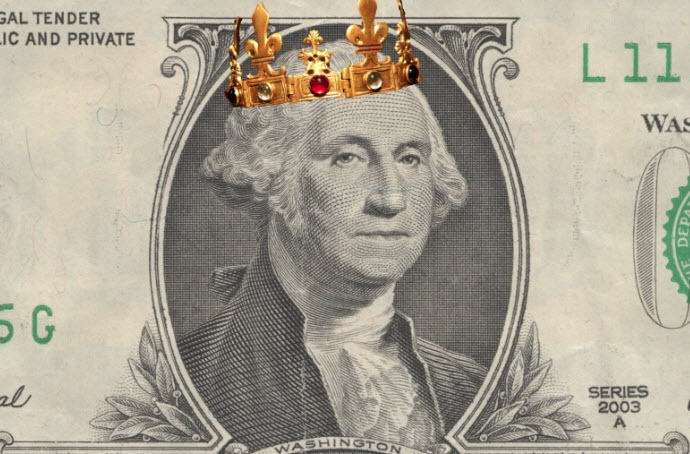 The US dollar charts today are impressive.

And the fit with the fundamental change.

My takeaway from Powell after 24 hours to digest it is the same:

There’s always so much talk about the next meeting in Fed-land or whether we get 3, 4 or 5 hikes this year but what really matters is the terminal rate.

Powell yesterday sounded like someone who was spooked by something he’d seen or heard on the inflation side. He knows the situation in markets and went ahead anyway.

For me there’s no doubt they wouldn’t hit the market like that unless they felt they had no other choice. There’s been a change in philosophy at the Fed and I don’t think they’re going back any time soon. The talk about transitory pricing — even in passing — is gone. He wouldn’t even rule out a 50 basis point hike in March.

So there’s a real shift on the fundamental side and the technical side is confirming it.

EUR/USD today has broken down to a 20-month low, cutting through support without hesitation.

One spot that has me worried is the long end, US 30-year yields are down 7 bps today and holding at levels below the Fed. We’re at the end of QE buying and we’re about to get something akin to pure reads from bonds again, something Stanley Druckenmiller emphasized today. Yet 30s are only at 2.09%.

Perhaps some of that is global flows, with inflation still not a problem in Japan and several other places. Still, it’s a spot to watch because the long end is clearly not seeing Fed funds getting to 3% or inflation running high.

Ultimately though, that’s a question for later. The story right now is the breakout in the dollar all over the place. That trend might be awfully friendly for dollar bulls in February.