The AUD is the strongest and the CHF is the weakest 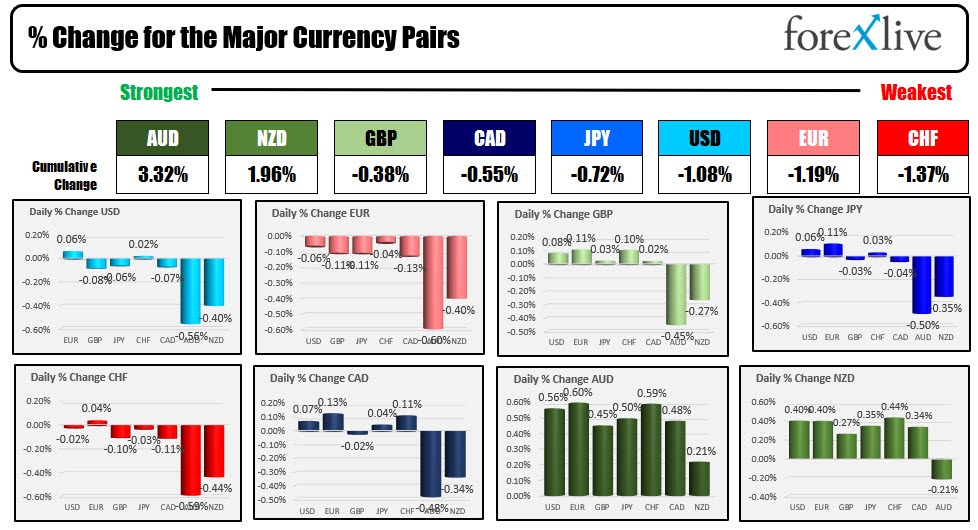 The AUD is the strongest and the CHF (and EUR) is the weakest of the major currencies. The USD is mixed to lower with the dollar’s decline vs the AUD and the NZD accounting for all of the declines. The USD is modestly changed vs the EUR, GBP, JPY, CHF and CAD (gains or losses of 0.08% or less changes on the day).

Russian forces moved toward the Ukraine capitol of Kyiv, with missile strikes against airports and military infrastructure across the country limiting the potential response from the countries military (reports of 70 military targets hit). The Russian army is pushing in from the north, west and south – virtually from all directions where Russia controlled land and Ukraine land touch (and from the sea).

The US and other NATO allies are imposing economic sanctions in an attempt to impose financial pain from the isolation from the rest of the world.

In the European debt market, yields are also mostly higher.