SEC probes Elon Musk and his brother for insider trading 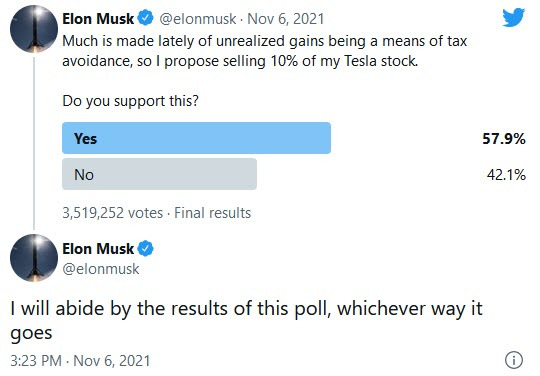 This tweet is the object of an SEC insider trading probe.

The WSJ story says the probe is largely focused on Musk’s brother Kimball, who is also a Tesla board member. He sold 88,500 chares of Tesla valued at $108 million the day before this tweet, which caused shares to go down.

One question for regulators, according to securities lawyers, would be whether Mr. Musk told his brother about his upcoming tweet or about the timing of his sales before Kimbal Musk traded on Nov. 5—or if Kimbal Musk otherwise learned of the poll and then traded

Musk has hinted recently about trouble with the SEC.