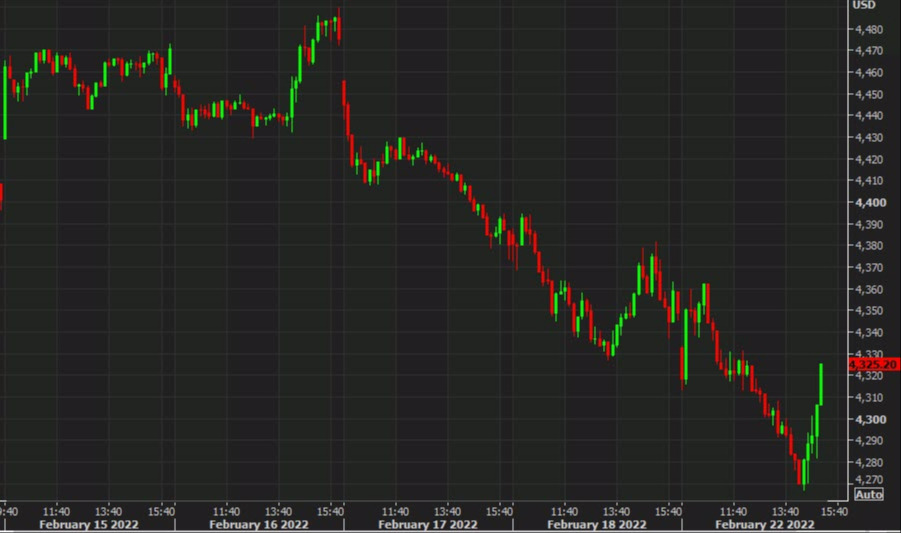 There has been plenty of rhetoric around Russian aggression but at the end of the day, the sanctions amount to some second-tier Russian banks, some individuals and Russian sovereign debt.

That’s a non-event for the global economy.

Biden is warning that they still believe Putin will go further but if he doesn’t this isn’t even a real hit to the Russian economy.

It’s taken some time for the market to figure that out but the S&P 500 has dramatically trimmed today’s decline. It was as low as 4267 and is up to 4322. There could be plenty of room to keep the rebound going provided that Russia and separatists don’t push further into Donbas.

The spot to watch now is what happens on the ground in the area. Reports of shelling are frequent.