The New Zealand Institute of Economic Research (NZIER) runs a ‘shadow board’ of analysts. The Shadow Board is independent of the RBNZ and does not represent what the RBNZ is going to do but rather what their view is the RBNZ should do.

“Many” on the shadow board is half of them according to this breakdown provided: 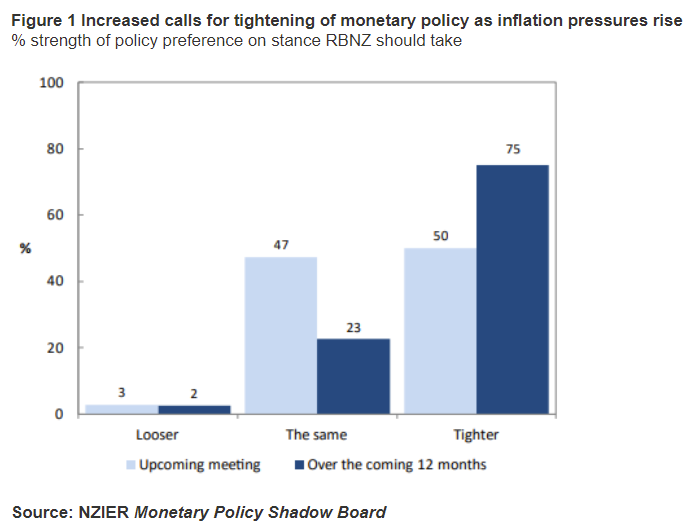