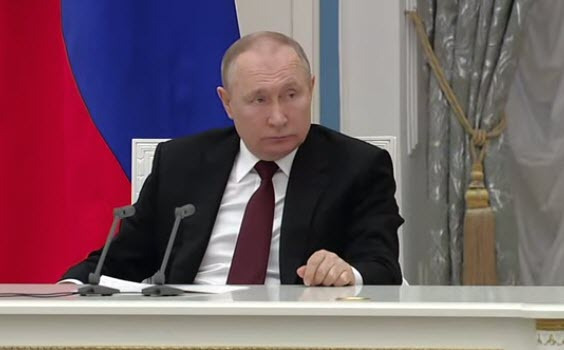 Initial reports indicated that Russia would only recognize the separatist-held regions in Luhansk and Donetsk but Putin himself now says Russia recognizes expanded borders.

This map shows the difference, which is profound.

That said, Putin isn’t indicating what the ‘expanded’ borders are and if, indeed, they are the entire regions. He added that he hopes Ukraine and the breakaway republics can work out their differences on the subject of borders.

The big difference for now is that Russian or separatist troops would need to push back Ukrainian forces if they recognize the entire regions. Those forces are dug in.

importantly, Putin also hinted at what he wants in return for an de-escalation. He said Ukraine needs to renounce its NATO ambitions. After authorizing Russian troops entering Ukraine he also says that “I did not say our troops will go there immediately.”