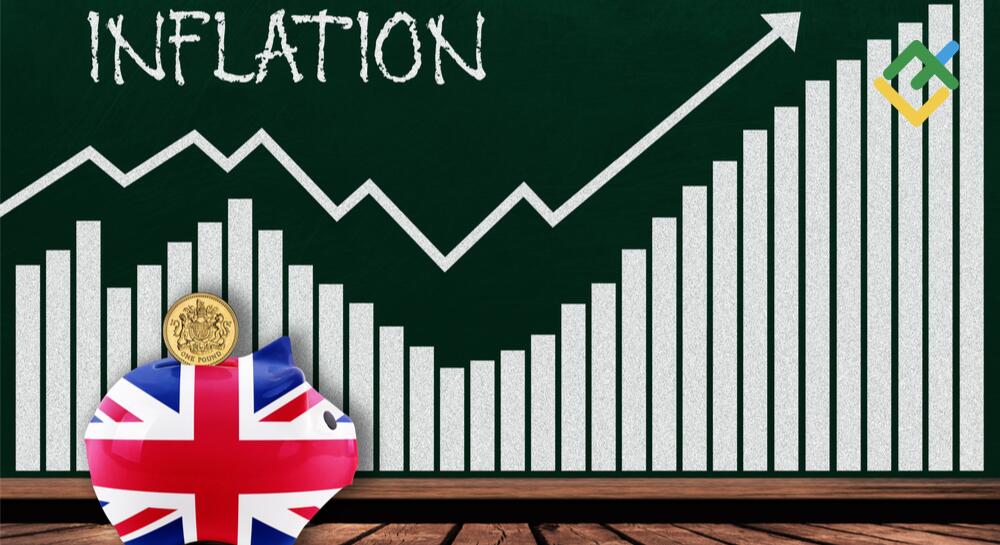 The USD index rally in 2022 was caused by the increase in the estimated high of the federal funds rate. However, the pound reacted to this growth in the opposite way. Why? Let us discuss the forex outlook and make up a GBPUSD trading plan.

To make money on forex, traders need to monitor the market and identify divergences in monetary policy, economic growth, etc. The different dynamics of inflation in North America and Europe look interesting. While consumer prices are slowing down in the US and Canada, they continue to rise in the UK and the eurozone. On paper, this could mean accelerating rate hikes and stronger currencies. However, in reality, not everything is so simple. Thus, the GBPUSD fall in response to the UK inflation acceleration looks fair.

The first since 1982, the UK’s double-digit rise in consumer prices caused a flurry of criticism of the Bank of England, increased the expected interest rate peak, and… contributed to the pound collapse. Liz Truss, who is leading the race for the head of the Tories and the prime minister, believes that if the inflation target is 2%, and the forecast for it is up to 13%, something has gone wrong. If, after the BoE meeting in August, money markets expected a 150 bps rise in borrowing costs by May 2023, now this figure is 200 basis points.

The dynamics of the UK inflation and interest rates

Judging by how the USD rose in response to the increase in the estimated ceiling of the federal funds rate, one could assume that the GBP rate should also rise. In fact, Britain’s highest inflation among the G7 countries reduces the population’s purchasing power, contributes to the cost of living crisis, and the start of a recession. According to Bloomberg forecasts, a recession will begin within the next 12 months with a 75% probability.

UK prices are rising faster than in other developed countries because of the energy crisis and Brexit. The cost of gas in the US rose by 150% over the past year, while in Europe it has grown almost six times. Brexit caused an increase in the costs of the UK importers and the GBP depreciation, which also increased inflation.

Now the Bank of England is between the hammer and the anvil. The higher the UK regulator raises the interest rate, the greater the chances of a recession and the more severe it will be. Not surprisingly, the pound, which correlates with the future dynamics of the UK economy, is declining. Moreover, the situation in the UK labor market is starting to deteriorate. For example, amid the sharpest decline in real wages on record, the number of vacancies fell for the first time since August 2020.

The position of the Bank of England is much more complicated than the Fed’s. The UK economy, unlike the US one, does not have a margin of safety, and it needs to raise rates to fight inflation. The threat of an imminent recession in the UK will contribute to the decline of GBPUSD in the direction of 1.187 and 1.16. I recommend holding short trades entered at the level of 1,218 and adding up to them on a correction.