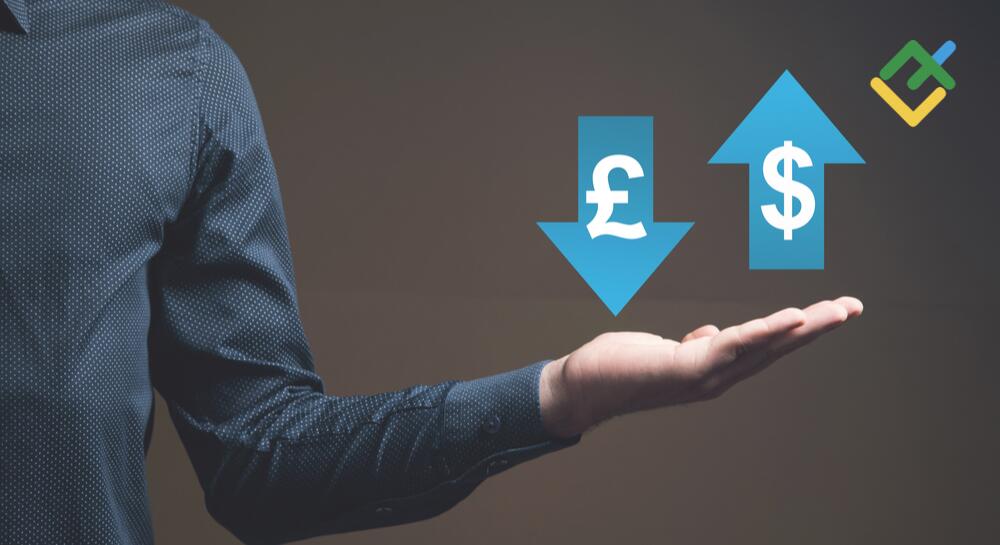 The energy crisis has ruined the UK economy and the pound. No matter how hard the Bank of England and the government try to save the situation, their actions are limited. GBPUSD is too dependent on the external environment. Let us discuss the forex outlook and make up a trading plan.

Forex exchange rates depend not only on central banks’ monetary policy but also on other factors. A typical example is the 15% GBPUSD decline since the beginning of the year, as a result of which the pair fell to 37-year lows. The main drivers of the GBPUSD collapse were the faster pace of the Fed’s monetary tightening over the BoE, the state of the UK economy, and political risks. Will the situation change in the near future?

The twin budget and current account deficits have never been a good sign for the currency. The negative balance of UK trade in goods and services increased to £27bn in April-June, almost an all-time high since records began in 1997. Even exports to the EU, which peaked at £17.4bn in June, didn’t help. All because of the energy crisis. The rapid rise in gas prices leads to a significant rise in the cost of imports, increases the costs of UK companies, reduces their competitiveness, and slows down GDP. What is happening is a transfer of income from the consumer of raw materials to its producer. Thus, GBPUSD bulls are in a losing position.

According to Pantheon Macroeconomics, the UK trade deficit will widen from 4.7% of GDP in the second quarter to 7.5% in the fourth. This will increase the GBP’s dependence on external factors.

Perhaps the £150 billion support package from Liz Truss will make life easier for consumers and the Bank of England. However, new loans will increase public debt and service costs. As a result, the negative budget balance will also grow. The twin deficit will continue to keep the GBPUSD under pressure in the medium term.

In the short term, the GBPUSD future will be determined by expectations of the Bank of England’s verdict. Markets predict the chances of an interest rate increase by 50 or 75 bps at the MPC meeting on September 22 as fifty-fifty. They also admit that the fight against inflation will be long and hard. The slowdown in consumer prices from 10.1% in July to 9.9% in August should not be misleading. The CPI will never reach the BoE’s projected peak of 13%, probably due to new fiscal stimulus. However, the figure intends to remain increased for a very long time, which the UK authorities would not like very much.

There are also political risks. The disagreements of the new UK government with the EU over the protocol on Northern Ireland could spark a trade war. According to Barclays, a war will contribute to the pound’s decline against the euro by 4-5%.

Until the issue of energy security is resolved, European currencies will continue to be under pressure. Even the acceleration of the BoE monetary restriction is a reason for the GBPUSD correction, but not for the downtrend reversal. Continue to sell the pair on the correction towards 1.12.