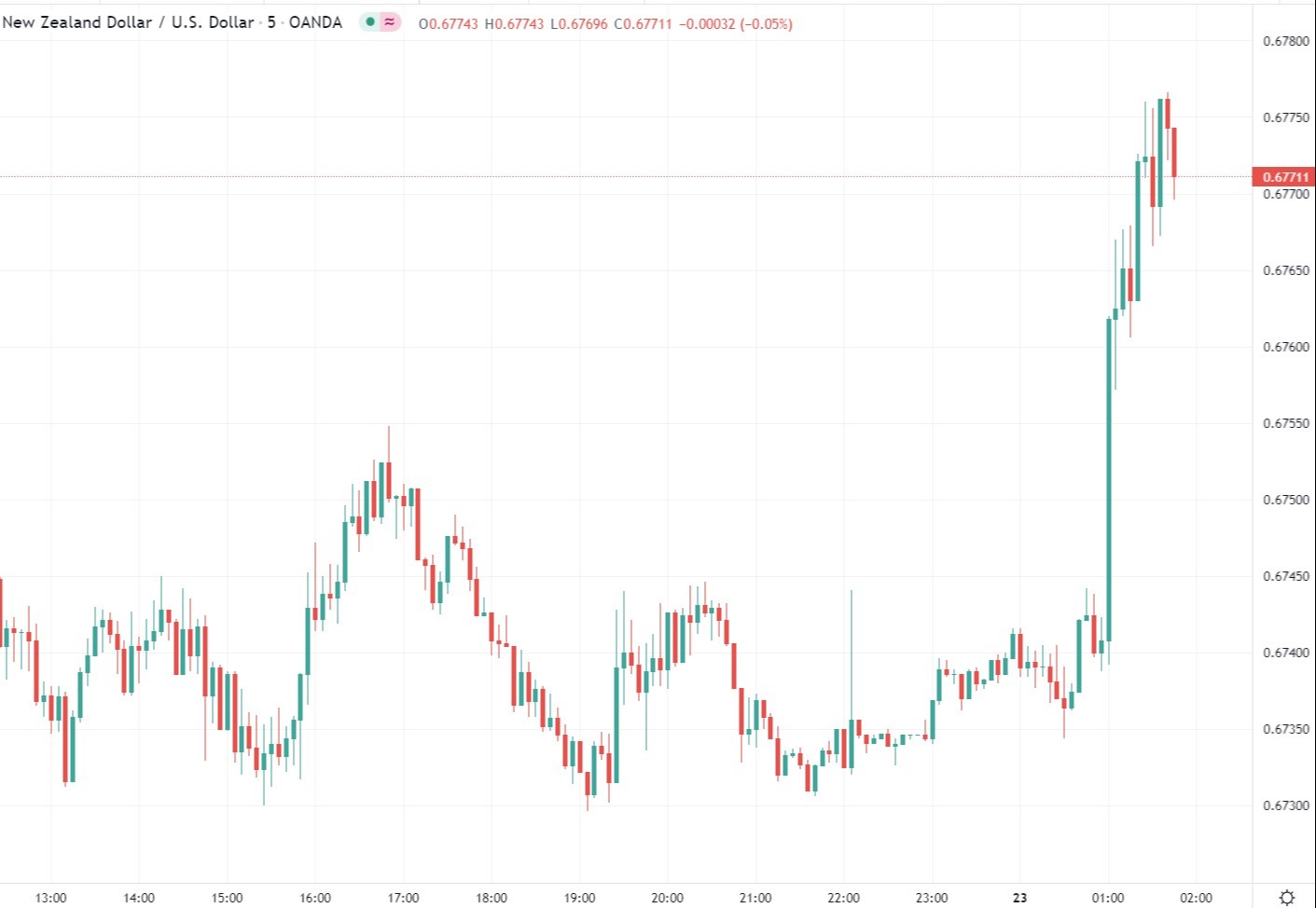 While the 25bp rate hike was expected, say WPAC:

There were, however, two notable hawkish surprises.

On the decision to hike by 25bp rather than 50bp, the minutes did say “many members saw this as a finely balanced decision”.

Governor Orr speaks at his news conference at 0200 GMT.

NZD/USD has gained ground on the RBNZ today: