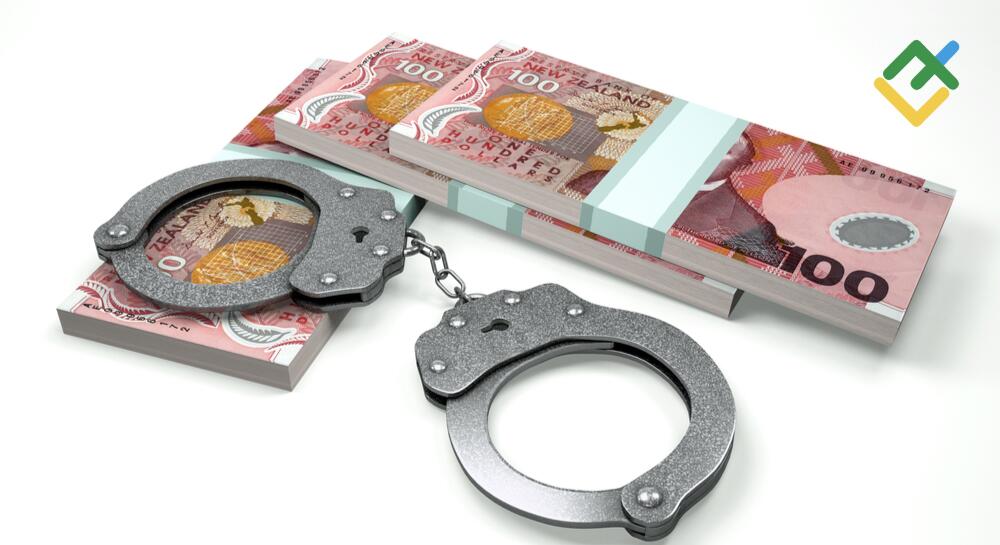 Tightening monetary policy is not always good for a currency. Its rate is growing on expectations, and if these expectations have already been priced in it, the currency may fall. Let us discuss the forex outlook and make up a trading plan for NZDUSD.

Central banks move in packs, led by the Fed. A wolf that tries to get ahead of the leader will be punished. A typical example is the New Zealand dollar. The RBNZ has already raised its key interest rate twice and intends to bring it from the current 0.75% to 2.5% by the end of 2022. It is moving faster than the Fed, and the Kiwi is falling rapidly. Is it a paradox? No. Just punishment for trying to overtake the leader.

RBNZ was one of the first among the G10 to start a monetary restriction against the backdrop of a rapid recovery in the labor market and acceleration of inflation to its highest levels since 1990. According to Bloomberg experts, consumer prices in the fourth quarter will accelerate to 5.8%, which is a record for more than thirty years. This, together with unemployment falling to a 14-year low, is forcing the RBNZ to run ahead of the pack. The derivatives market expects the cash rate to rise by another 157 bps in 2022, compared to +99 bps for the federal funds rate.

It would seem that the rate of RBNZ’s monetary restriction outstrips the Fed’s rate, so NZDUSD should rise. Alas, since the beginning of the year, the Kiwi has sank by 1.6%. It is the main outsider among the G10 currencies, along with the Swedish krona. This is due to the fact that the growth of the cash rate to 2.5% in 2022 has already been priced in the quotes of the analyzed pair, while the Fed may act more aggressively than the futures market expects. According to Bloomberg research based on a modified Taylor rule, the federal funds rate could rise by 175 bps this year.

The fact that the Fed is catching up with inflation and the RBNZ acted ahead of schedule leads to accelerated dynamics of the treasuries yield over the NZD counterparts and contributes to the NZDUSD decline.

Dynamics of US and New Zealand bond yields

At the same time, the rise in US debt rates in both nominal and real terms is pushing investors to sell off technology stocks. The latter have been the main beneficiaries of the Fed’s massive monetary stimulus amid the pandemic. Now that COVID-19 does not cause as much fear as it used to, and the Fed is ready to start monetary tightening, the Nasdaq Composite and risk assets, in general, suffer the most. Kiwi is one of them due to the highest yield of local bonds among the G10. Not surprisingly, the NZDUSD correlation with the US technology stock index has increased significantly in recent times.

Dynamics of NZDUSD and Nasdaq Composite

In my opinion, the release of New Zealand CPI data will not be the main event of the week ending January 28 for the kiwi. Corporate reports from Apple, Microsoft and Tesla, as well as the FOMC meeting will have much more significance for NZDUSD. If the bulls manage to pass the Fed’s test, and the Nasdaq Composite starts to rise, the pair’s rise above 0.6745 could be a reason to enter purchases. On the contrary, a decline below the support at 0.67 will increase the risks of continuing the fall to 0.664 and 0.657.