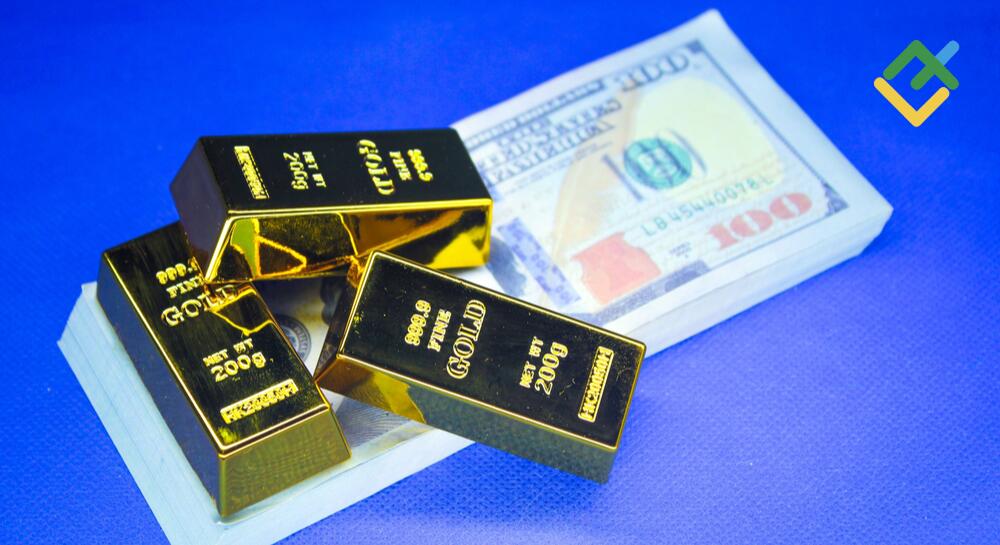 Gold already made a mistake in 2022 when it rallied on expectations of the Fed’s dovish turn in summer. The bulls have decided to march against the Fed again. What will be the result? Let’s discuss it and make a trading plan.

When an asset seems to have nothing else to do but grow, it often falls unexpectedly. Losers think that’s a paradox, but rate fluctuations always have some logic. The US exclusivity, the Fed’s intention to continue raising the federal funds rate aggressively, and the high demand for protective assets skyrocketed Bloomberg’s USD index to all-time highs. The crowd was sure the rally would continue, but the USD started falling, and gold counter-attacked.

One could think the dollar has everything to grow. Jerome Powell repeated his mantra stated at Jackson Hole that the Fed would fight inflation and raise borrowing costs until prices got back to 2%. Fed Chair’s hawkish stance made Goldman Sachs and Nomura upgrade forecasts for the federal funds rate. It is expected to rise by 75 basis points in September, 50 in November, and 25 in December. Thus, the value will have reached 4% by the end of 2022, which exceeds the FOMC’s previous estimations.

The derivatives market also raised the chance of a three-quarter point hike at the Fed’s meeting in September. Thus, the hike probability increased from less than 50% (before August’s US employment report) to 86%. The US bond yields are also growing. All those factors are favorable to the greenback and disadvantageous for gold. However, there’s something wrong.

Gold and the USD charts

The market principle “buy on rumors, sell on facts” has played its role here. Gold is growing on expectations of a US inflation slowdown in August, which will lower the 75-point rate hike probability in September and hit the USD. The consumer prices growth pace may also fall below Bloomberg’s forecast of 8.1%. Who will be to blame? China!

China is the largest consumer of commodities, and the Covid-related downturn in its economy has resulted in a fall of the Bloomberg commodity index. A weaker yuan has added fuel to the fire. The Chinese often buy commodities for US dollars, and import costs have grown. So, demand collapsed even further. The fall of oil and other commodities quotes slow down inflation worldwide.

To sum up, the XAUUSD is rallying on expectations of slower US consumer price growth, which could push the Fed to reduce the monetary restriction pace. Jerome Powell is tired of mentioning the Fed’s resolution. Gold may end up in a bad situation amid buying on rumors. Let’s stick to the earlier strategy of buying gold and selling it on growth to $1,730, $1,745, and $1,755 an ounce. The first resistance level will likely be broken, but the last two may be a hard nut to crack for the bulls.