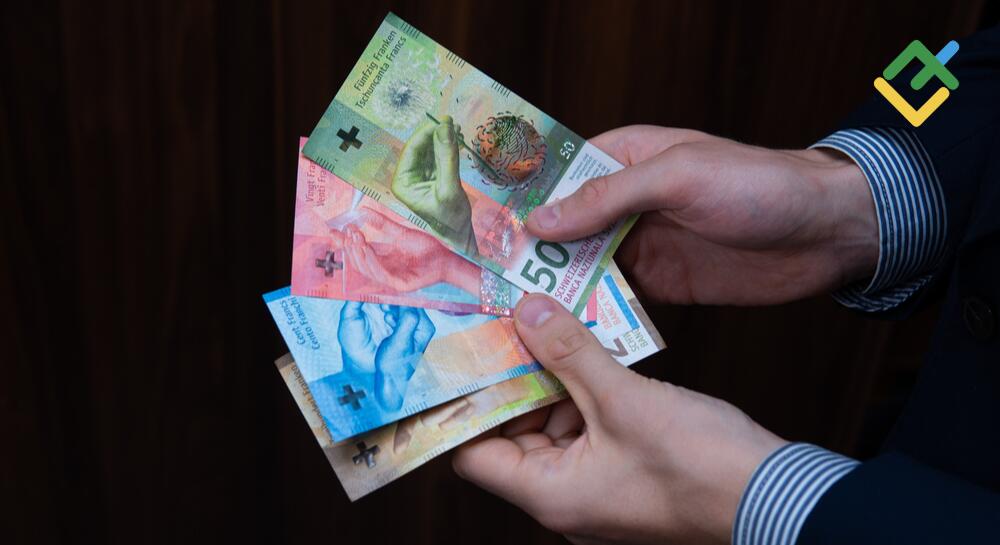 The readiness of the Swiss National Bank to raise rates by 75 basis points at the September 22 meeting is not the only reason to enter USDCHF, EURCHF and GBPCHF sales. How does the SNB feel about the franc’s strength, and how can the recession affect it? Let us discuss the forex outlook and make up a trading plan.

Recession and reverse currency wars. Consider these factors when buying the Swiss franc. I’ve been recommending this for several months now. EURCHF and GBPCHF, which reached the levels of 0.95 and 1.11 mentioned in the previous article, confirm my words. However, this is just the beginning. In mid-September, the euro collapsed against the Swissy to its lowest level since 2015. That year, the franc became the best among the G10 currencies. The Swiss currency has a good chance of repeating its success in 2023.

At first glance, the Swiss government’s reduction of the 2023 economic growth forecast from 1.9% to 1.1% and the increase in the inflation estimate from 1.3% to 2.3% make the franc vulnerable. According to officials, Switzerland will be seriously affected if the eurozone faces a gas shortage since the EU is the largest market for Switzerland. However, Switzerland performs better than the UK, Eurozone, and even the US, which allows Swiss buyers to remain optimistic.

Dynamics of inflation and GDP in Switzerland

SNB spokeswoman Andrea Mahler said the strong franc is helping to import a large number of goods. The CHF is also holding back inflation, which has reached multi-year highs of 3.5% but is significantly lower than in the US, the eurozone, and the UK. SNB Chairman Thomas Jordan says the regulator will not follow the ECB’s 75 bps rate hike in July.

In fact, the SNB will do this due to incoming data. The SNB plays reverse currency wars to strengthen the national currency to reduce excessively high inflation. According to UBS, the SNB’s monetary restriction rate in ​​2023 will increase, unlike the Fed and the Bank of England. This plays into the hands of the franc.

Expectations of a global economic downturn are another reason to enter USDCHF, EURCHF and GBPCHF sales. According to 70% of Financial Times experts, the National Bureau of Economic Research will announce a recession in the US in 2023. Most expect this to happen in the first or second quarter. The Bank of England predicts a recession for five quarters. According to Bloomberg experts, a recession in the eurozone will begin within the next 12 months with a probability of 80%.

Swissy is a safe-haven asset sensitive to the recession’s development. During such periods, treasury yield falls, which deprives the US dollar of its main advantage. Investors are starting to switch from the USD to the franc and yen. In this regard, USDCHF and EURCHF will likely fall to 0.925, and GBPCHF to 1.06 within half a year. I recommend entering sales.