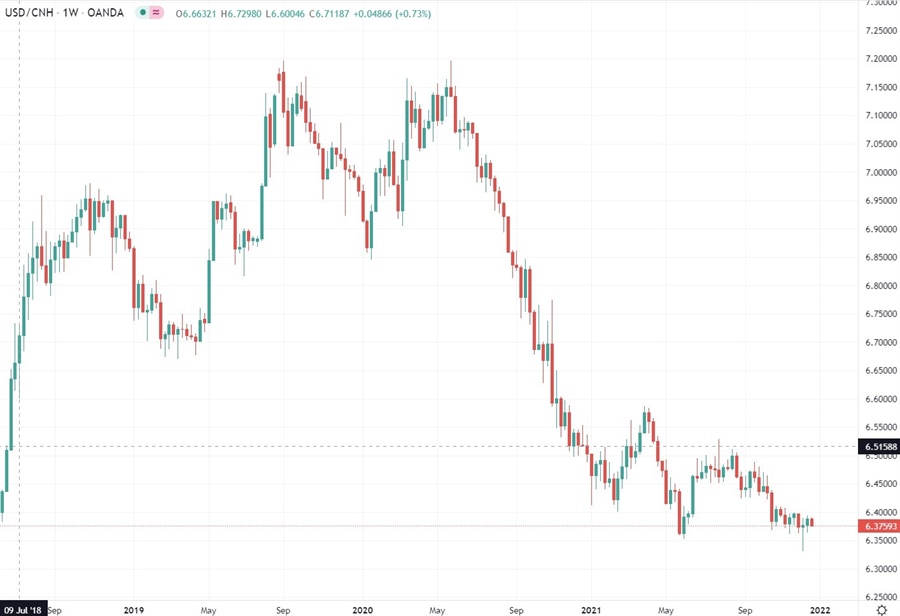 It was a session of limited range trade pretty much across the major forex rate board. Its not overly unusual, of course, for Asia to track small ranges and that was the case here today in the lead up to the holiday period ahead.


On the data front, Australian credit growth jumped on the month (data for November was released by the Reserve Bank of Australia today), helped along by the emergence of around half the country’s population from lockdown during the month.


Japan raised its GDP forecasts for the fiscal year beginning April 2022. This had been rumoured/leaked earlier in the week (see bullets above).


South Korea confirmed it would be releasing around 3m barrels from oil reserves (see bullets above for this also).
The People’s Bank of China set the onshore yuan reference rate for the session weaker than was expected. There is building evidence the PBOC wants to stem the strength of the yuan (this has been written on by us here at FXL many times in recent weeks).