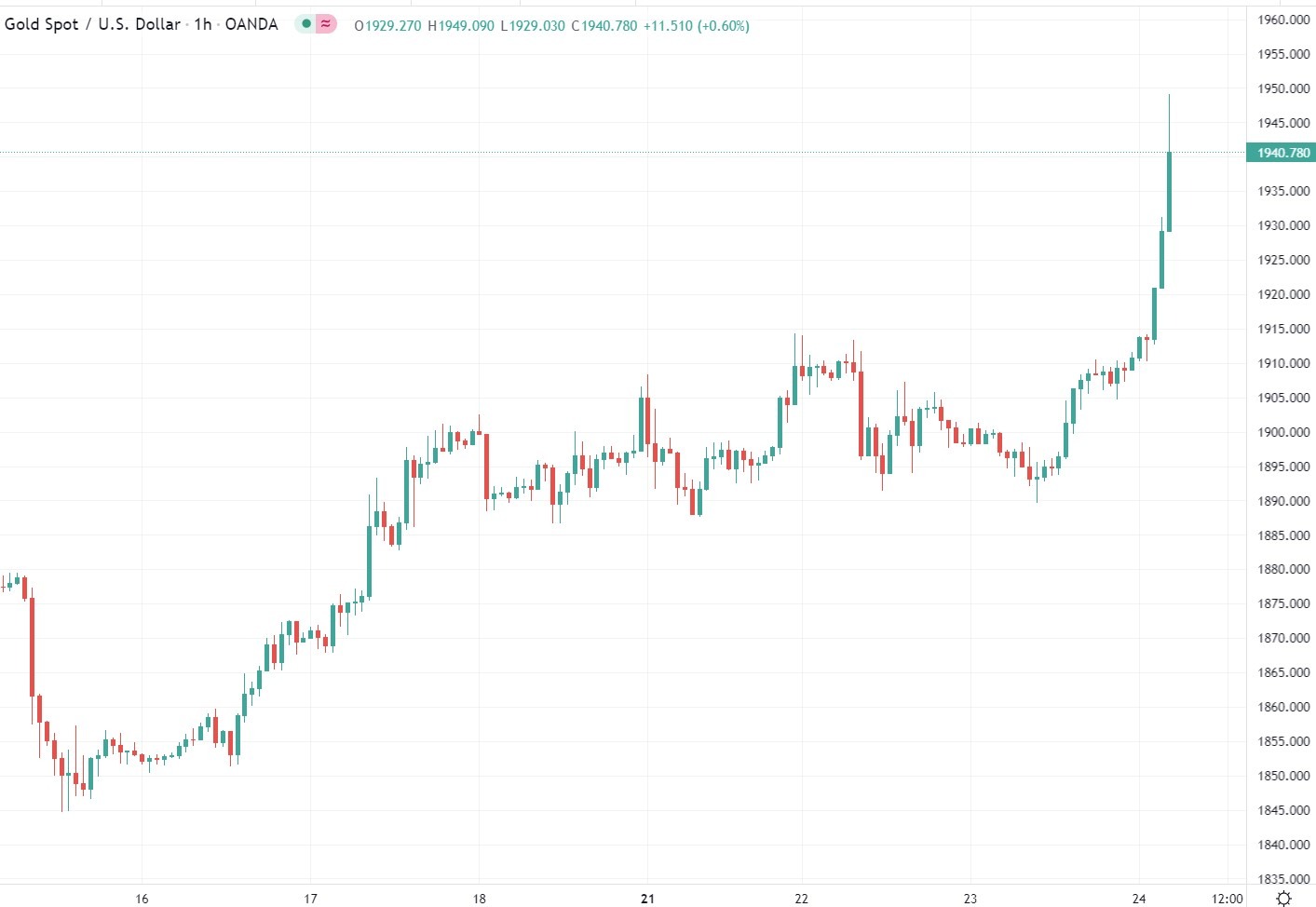 The lead in to the Asia session:


Those
pointers to ‘Russia set to invade’ continued throughout the Asia
session right up until Russia did indeed invade Ukraine. You can scan
the headlines above and see the signs building. There was a closure
of airspace to civil aircraft in eastern Ukraine. That soon extended
across the entire country. There were multiple reports of Russian
military movements. US Sec State narrowed down his forecast for a
Russian invasion to ‘tonight’ (he soon hedged that, but the cat
was out of the bag). About an hour before Putin launched the war U.S.
Senator Marco Rubio, Vice Chairman of the Select Committee on
Intelligence said hostilities were under way. Rubio was, of course,
soon proved correct and followed up with more information on the
extent of the war. Putin said it was a ‘military operation’ into
the Donbas region but this was soon shown to be a war lie as major
cities elsewhere in the country, including Kyiv came under attack.

Markets
moved relatively slowly at first. ‘Risk’ slid and the USD gained
ahead of the beginning of war as the signs built and the moves
continued, still slowly, once the invasion began. Since then the
moves have accelerated: