A
Japanese holiday and the approaching US Fed’s Federal Open Market
Committee combined to dampen FX movement during the session in Asia.

The
data focus was on the New Zealand Q3 employment report. This showed
the unemployment rate hitting its equal lowest ever, 3.4%. The
participation rate jumped during the quarter, adding further to this
stellar report.

The
Governor of the Reserve Bank of New Zealand, Adrian Orr, held a press
conference fifteen minutes later. This was to respond to the release
of the RBNZ Financial Stability report earlier in the NZ day but
questions of course were asked how the Bank was expected to respond
to the (equal) strongest ever. Orr was wary of the report saying
labour market data had been volatile and
also expressed caution on other growth data. The NZ jobs report had
spurred a renewed bout of speculation on the potential for a 50bp
rate from hike from the RBNA when it meets next (November 24) but
Orr’s circumspect comments poured a little cold water on such talk.

The
New Zealand dollar is a little better bid on the session, but only up
net circa 10 points from late US levels.

Something
to keep an eye on is mounting coronavirus cases in China. China is
maintaining a ‘Covid-zero’ response to outbreaks. It is putting
movement restrictions in place again, which threatens once more to
impact the economy. Cola prices in China stabilised a little today
(bounced) after basically halving in past weeks.

Across
major FX it was a subdued movement day. GBP, yen and CAD are all just
a little against the USD.  Oil dripped a little lower.

NZD/USD higher just a little on the jobs report and sideways since: 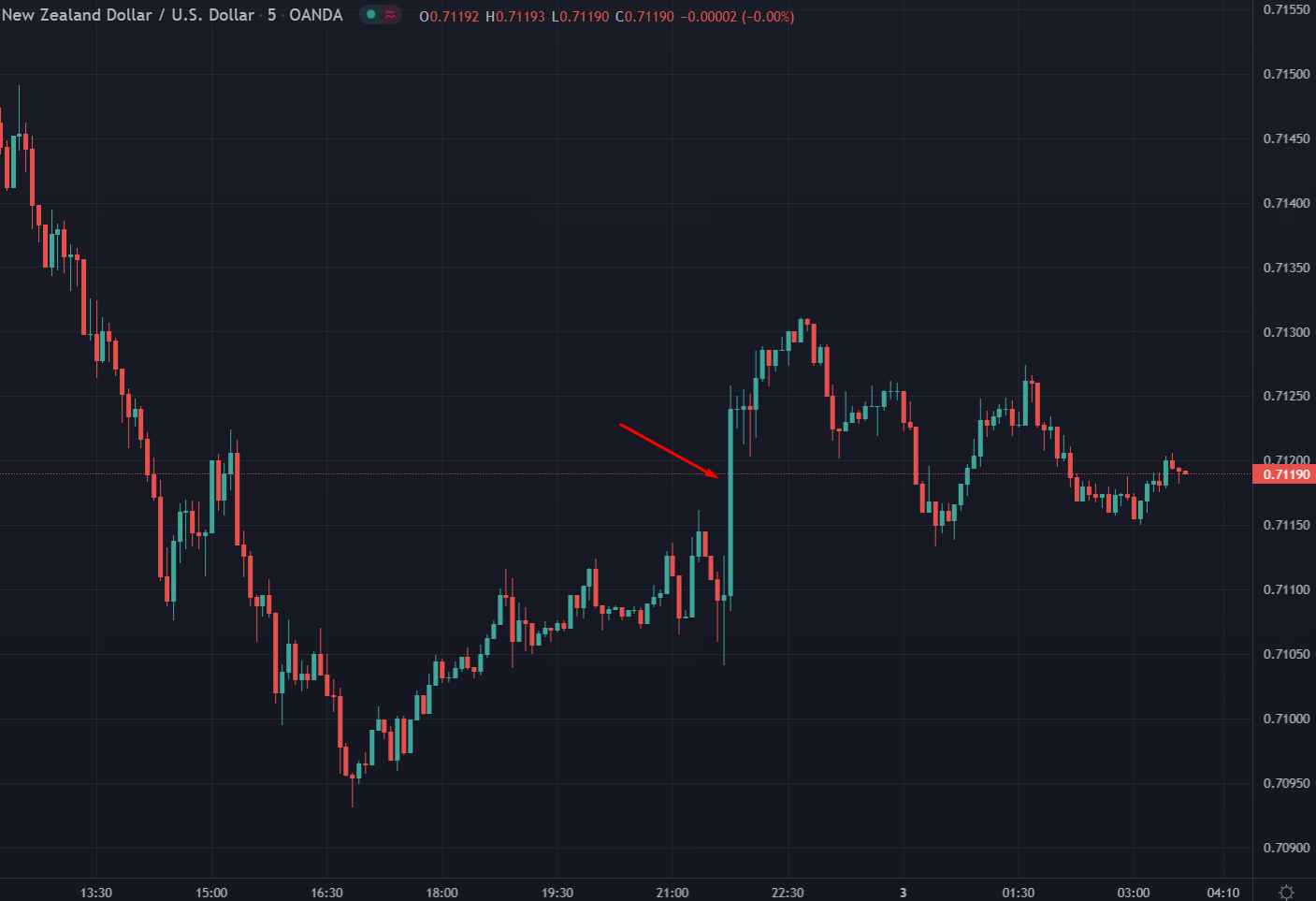