The
USD strengthened across the board in early Asian trade today, up
against currencies, oil, and gold, with even Bitcoin dropping back a
little after it had moved above $50K. As I post some of the USD gains
have been given back against the yen and AUD. I’ll come back to
this.

There
has been some attributing of the USD gain to comments out China,
namely from the chair
of
China’s banking regulator (see bullets above) saying the
country’s property sector has big bubbles and saying leverage will
be reduced. The problem is that the USD up move came before the
comments crossed on news wires. Perhaps those on the ground had them
early but I think the simpler explanation is this is a back-fitted
narrative.

We
had some less than encouraging data out of Japan and Australia today
(again, see bullets above) with misses on estimates for capex in
Japan, and building approvals in Australia. It appears likely the
miss on the Australian data was due partially to an unwinding of a
strong month previously and also the flagged expiration of the
HomeBuilder subsidy (that has subsequently been extended anyway).

The
Australian dollar has bounced from its low following the Reserve Bank
of Australia policy statement for the month. EUR,
GBP, NZD, CHF have all not moved off their session lows to any great
extent while USD/JPY is down from its earlier highs by around 15 or
so points. CAD has been soft, weighed on also by the continuing weak
oil prices during the session.

The
RBA reiterated its current policy settings, and that there will be no
cash rate hike until employment and inflation targets are achieved
(suggesting again this is not likely until into 2024). 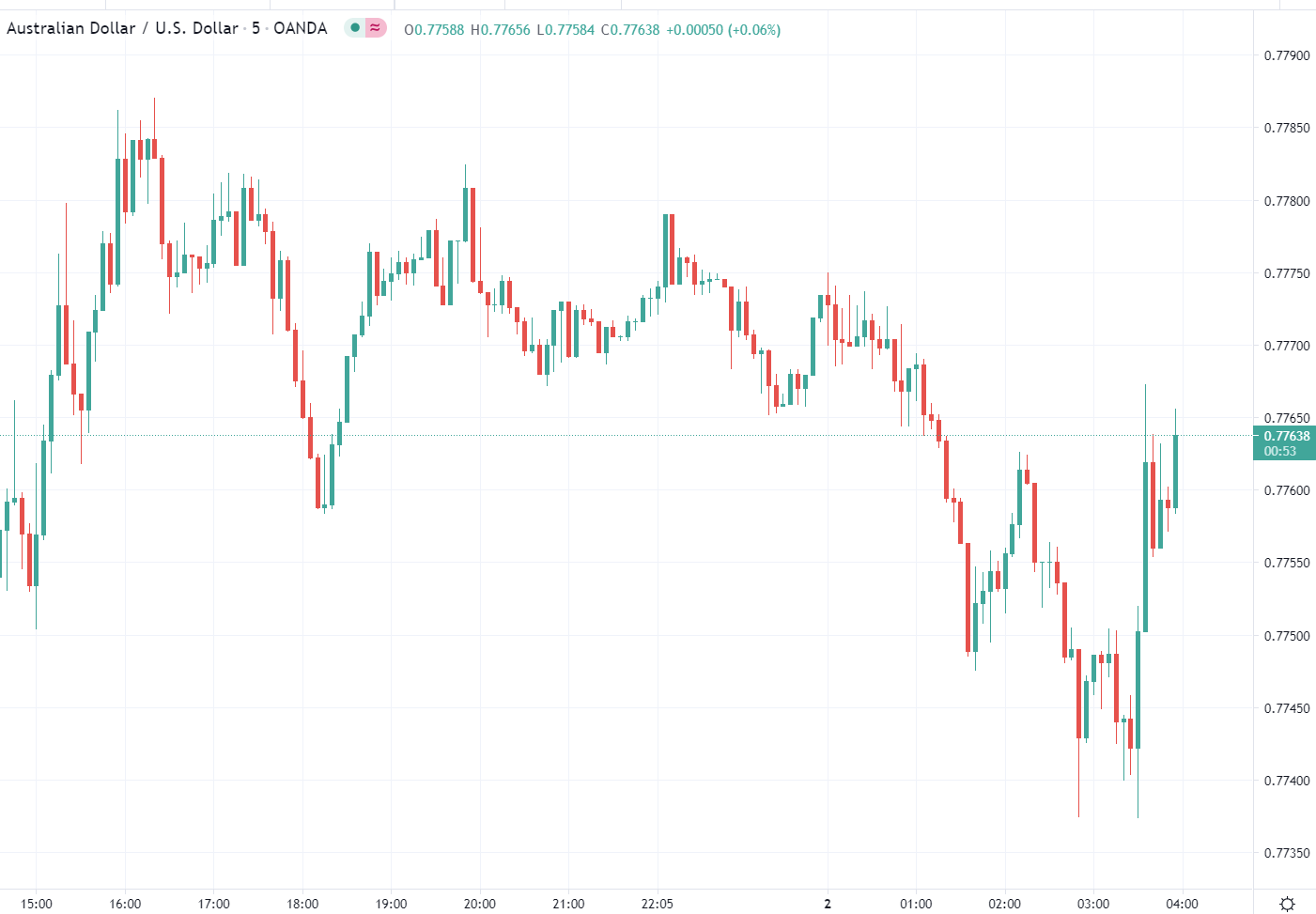