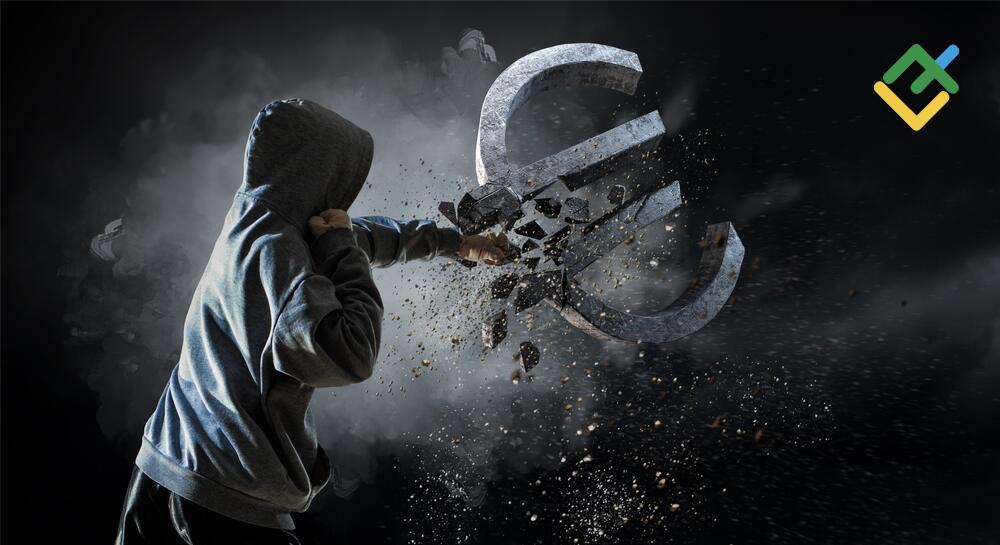 Forex forecasts are a matter of probability. Everything could go according to a particular scenario, and next, there is a force majeure resulting in huge losses. Russian gas supply to Europe was stopped, and the EURUSD crashed. Let us discuss the forex outlook and make up a trading plan.

The US jobs report met the market’s expectations. It showed that a very hot labor market is showing signs of cooling, which reduced the likelihood of a 75-basis-point federal funds rate hike in September from 74% to 58%. As expected, stock indices rose, treasury yields fell, and the EURUSD pair was corrected. However, the complete shutdown of the Nord Stream was a real blow below the belt for the euro.

While the EU is filling gas storage, the required 95% capacity for Germany may not be enough to survive the winter. Inventories will last only 2-2.5 months. With not too severe frosts, the demand should be reduced by 3%. The European Union plans to reduce the rate by 15%, which is likely to provoke disputes among the euro-area member states and result in a recession.

The exchange rate is driven by investment and trade flows. Rising gas prices could cause current account problems to overshadow such factors as rising European bond yields amid the ECB’s aggressive monetary tightening. Germany’s export-to-import ratio, or the so-called terms of trade, has plummeted to its lowest point since the 1980s. The current account, which has supported the euro faithfully for a long time, is currently playing against the EURUSD. It is not surprising that, having lost such support, the main currency pair falls.

Due to the shutdown of the Nord Stream and rising gas prices, the idea of a EURUSD correction will not come true. But the expected scenario was different! US non-farm payrolls in August grew at the slowest pace in 16 months, the unemployment rate rose from 3.5% to 3.7%, and average wage growth slowed from 5.6% to 5.2%. Americans who have a job or are looking for one increased to 62.4% from 62.1%. The latter indicator shows that it has become easier for companies to hire employees, which will curb wage growth in the future.

If inflation continues to slow, which is highly likely, the Fed can afford to hike the rate by only 50 basis points in September. It is a strong reason for a drawdown of the US dollar versus other currencies but for the euro.

In the context of the Nord Stream shutdown, the ECB monetary tightening takes its former meaning. A 75-basis-point rate hike on September 8 will be interpreted as a factor deepening the recession in the euro area. The less hawkish Governing Council’s members have a reason to call for a gradual monetary tightening.

Therefore, the trades entered on the correction failed to yield a profit. The target at 0.97 should be reached sooner than expected. If the EURUSD rolls back above 0.995, one could consider purchases. Currently, it is relevant to sell.