Crude oil settles at $92.10, but moves further to the downside after the settlement 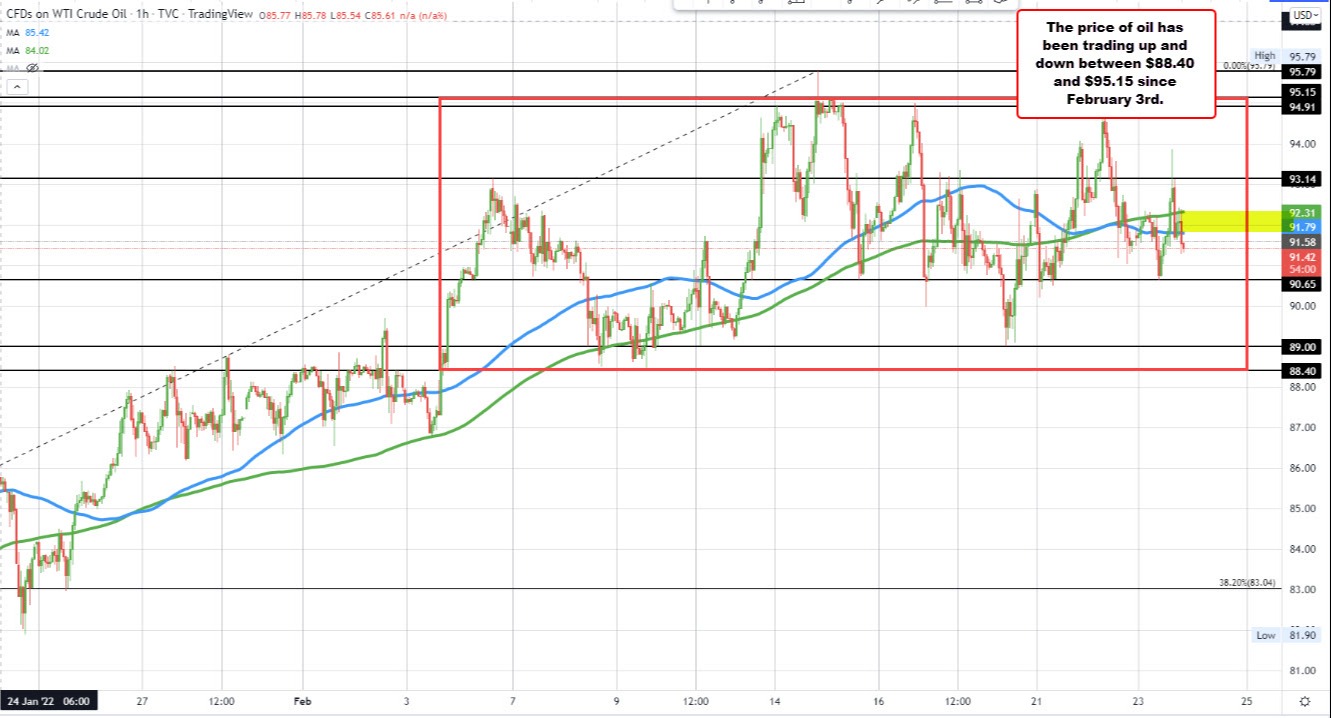 However since then, the price has move down and currently trades at $91.61currently. That’s nowdown $-0.21 on the day.

The catalyst was reports that the US was mullling the release of strategic oil reserves as the price rise amid the Ukraine tensions. They describe the decision making talks as being “robust conversations”, but no firm decision has been made.

If you recall, back on November 23, Pres. Biden announced the release of 50 million barrels from the SPR . The price on November 23 was trading between $75.32 and $78.84. The price started to move down to a swing low on December 2 of $62.42. However since then, the price has been steadily moving to the upside.

Looking at the hourly chart, the price has been consolidating near but below the cycle high from January 14 of $95.79. The recent price decline has taken the price back below its 100 and 200 hour moving averages (blue and green lines). However there has been a number of ups and downs around those moving averages. Since early February, the market has been consolidating in a wide up and down path between $88.50 and $95.15. With the current price trading near $91.60, it is near the middle of that range.