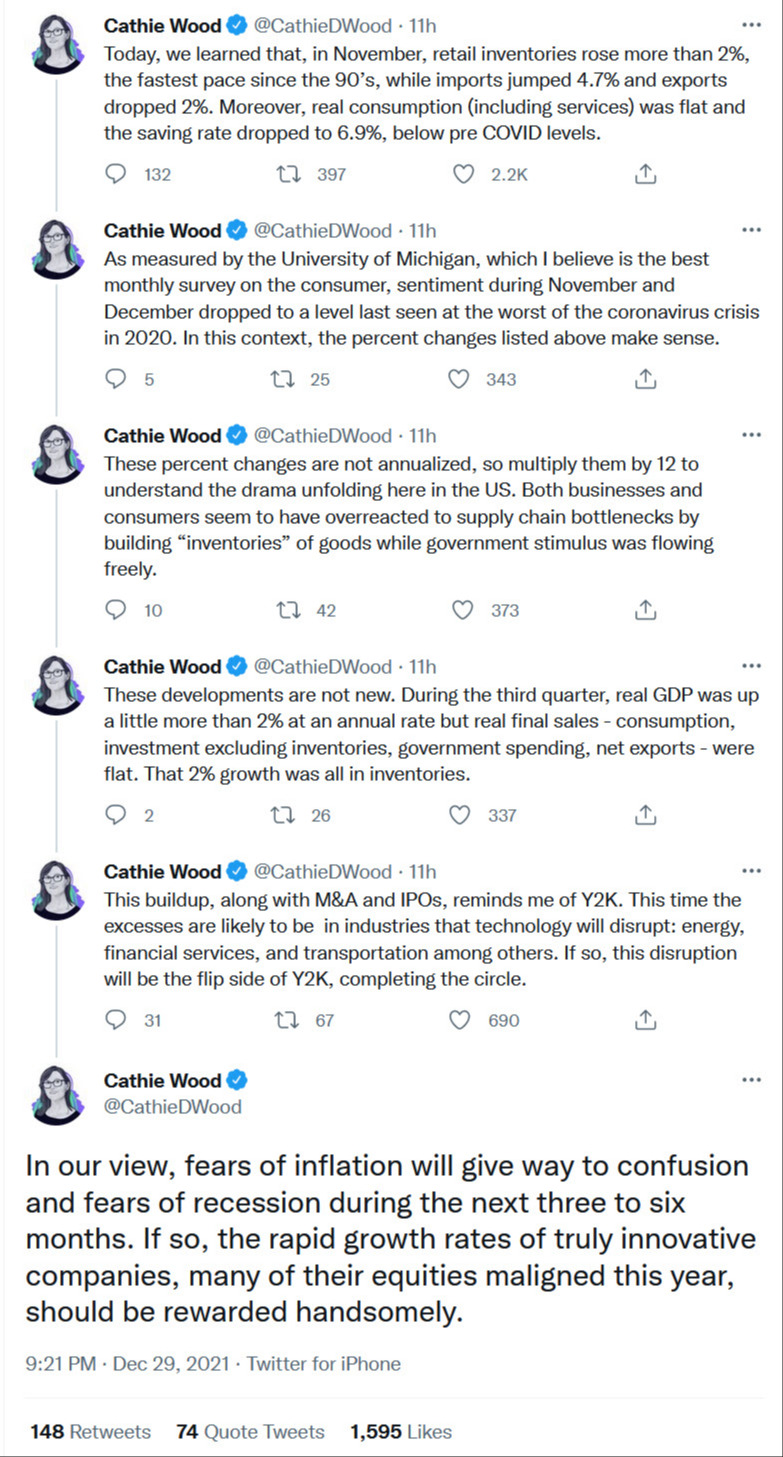 At this time last year Cathie Wood’s star was shooting higher after a sensational year but the more she tweets, the harder it is to believe she’s anything more than lucky.

It’s tough to take shots at someone who has delivered +300% annualized returns for a number of years but with the fund growing massively last year and a 20% decline this year, I’m not even sure her money-weighted return is positive. She’s also down 42% from the high in February.

Her tweet last year that oil wouldn’t hit $70 people it would spark a rapid switch to electric vehicles was bizarre and so was her latest dalliance into macro, where she takes a handful of data points, looks at only one month and annualizes them to argue that we’re close to a recession that will be the flipside of Y2K.

The logic is utterly bizarre. She seems to think there’s an excess of inventories in autos? and oil? That’s demonstrably false. And we should own companies trading at 100x sales ahead a recession scare?