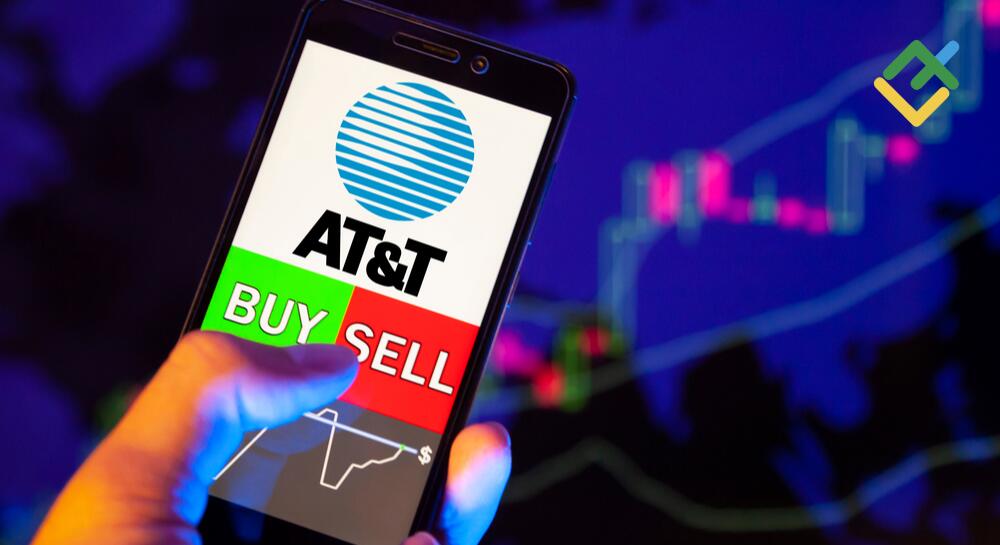 AT&T is the world’s telecom giant. However, its shares seem to be undervalued. If we look at the chart, we will see only a downtrend. Will the T stocks ever recover? What is the future of AT&T? Let’s discover AT&T’s prospects for the next 10 years.

A Brief Overview of AT&T’s Shares

AT&T Inc. (SBC Communications Inc. until November 2005) is a well-known provider of telco, media, and technology services. The company’s segments are Communications, WarnerMedia, and Latin America.

Key Factors That Affect T Stock Price in 2021 & Beyond

When trying to predict a company’s stock direction, it’s worth considering basic factors. They include financial outlook, earnings reports, the industry’s environment, and internal company news. However, every firm has certain factors that will make sense only for its future.

In 2015, the company merged with DirecTV. Since then, the company has been suffering losses only. However, it refuses to fully divest the subsidiary. Additionally, analysts and investors blame the company for the lack of transformational ability. The company focuses on losing businesses and avoiding its core business of telecommunication services.

If the company doesn’t get rid of unprofitable businesses, its shares will continue falling.

Focusing on weak DirecTV, the company doesn’t pay enough attention to 5G and an expansion into streaming services. Although the Ookla Speedtest recognized AT&T’s network as the fastest for both 4G and 5G, its competitors, Verizon and T-Mobile, spend lots of money on upgrading their speed and quality. It will increase price competition. If the enterprise doesn’t refocus its business strategy, a new outlook on its stock rate won’t take place. However, the enterprise always works on its services, including a refund policy.

AT&T pays 63% of free cash flow in dividends, while its rivals spend less. Verizon pays about 50%, and T-Mobile doesn’t pay dividends at all. Of course, it makes a firm’s shares attractive for investors. Just to compare, T shareholders earn $2.08 per share, and the average yield is about 6.6%, while S&P 500’s average yield is 1.4%.

This situation is uncertain. On the one hand, good dividends will attract more investors, increasing the interest in the company and boosting its stocks. On the other hand, high payments affect the company’s finances. For instance, the firm has limited funds to improve the 5G segment. In 2021, the estimated CapEx is in the USD 21 billion range.

At the same time, the company’s CEO claimed there is no need for dividend cuts for the growth of funds.

In 2021, the company is going to expand HBO Max. In June, the company is expected to launch 39 Latin American and Caribbean markets along with a service’s ad-supported version in the US. 21 markets should be launched in the second half of 2021. The expansion will result in 67 million and 70 million total HBO and HBO Max subscribers.

If the company succeeds, the stocks will move up.

Analysts at Morgan Stanley lowered the target price to $32 from $34, maintaining the “Hold” rating.

John Hodulik at UBS raised the price target to $35 from $32, upgrading the rating to “Buy” from “Neutral”.

Jonathan Chaplin at New Street Research raised the rating to “Buy” from “Neutral” and kept the future price target at $35.

Raymond James, represented by Frank Louthan, kept the “Buy” rating unchanged and raised the potential price to $33 from $32.

Analysts at Deutsche Bank Aktiengesellschaft raised the price to $34 from $31 without rating.

The technical analysis looks more optimistic. On the daily chart of T stocks, the price is trading sideways. The MACD indicator has almost crossed the 0 level upside. At the same time, the Awesome Oscillator may form a hidden bullish divergence with the price chart if the price keeps rising. Both indicators provide odds on the short-term upward movement. Resistance levels are placed at $30 and $31. The support levels are a range of $28.50-$27.90 and $26.50. Stop-loss levels can’t be defined.

However, on the weekly chart, Moving Averages and oscillators signal selling pressure. So, stock performance may change soon. Classic weekly pivot levels are:

Wallet Investor doesn’t expect long-term growth. Starting the year at $28.570, it will drop to USD 26.907 by the end of December next year. A narrow price gap between minimum and maximum rates signals low volatility, which is positive for long-term investors. However, a constant decline doesn’t predict profit from such investments.

The AT&T share price forecast for 2023 is negative. Investors should expect long-term growth. A bearish trend will continue in 2023. The rate will fall from $26.864 (opening price) in January to $25.191 (closing price) in December. The limited price change is positive in terms of low volatility. Still, a downtrend signals the company’s problems.

Long-Term AT&T Stock Forecast for 2025 and Beyond

It’s worth remembering that such long-term forecasts are subject to constant changes and a low level of accuracy as the stock market is highly volatile.

Historical accuracy plays an important role in price projections. The price history shows what events affected the stock’s rate in the past. As history repeats itself, it’s worth knowing prior events to predict future stock quotes. Let’s have a look at past stock performance. Historically, even last month’s data can provide ideas on the future direction.

On the week-period timeframe, we can notice that the overall downtrend started in the middle of June 2016. If we look precisely at the price movements during 2016, we will notice high volatility caused by many changes in the company’s business. Why was AT&T’s stock down?

In the middle of the year, the price was trading near $43. After that, it plunged. A drastic fall happened in October 2016, when the enterprise announced it would buy Time Warner. However, the rate managed to recover by the end of December. The financial outlook wasn’t fully positive, but the successful integration of DirecTV, which led to big gains in that service, pushed the stock price up.

In 2017, the stocks were mostly down as the company suffered tough competition. Sprint Corp planned to partner up with Comcast Corporation and Charter Communications, Inc., which would create a more challenging competitive environment. Also, difficulties in the wireless services industry were putting pressure on the company. By the end of the year, the price was near $40.

2018 was a bad year for AT&T, Inc. During the first half of 2018, AT&T’s share price dropped by 17.4%. The company’s weak quarterly revenue, the Department of Justice’s antitrust suit that would determine the legality of the Time Warner merger, and uncertainties about the profitability of the merger put pressure on the stocks. Although the court approved the merger without any requirements to sell off assets like DirecTV or the Turner networks, stocks continued losing their value. Later on, the corporation struggled in the satellite television business. In the third quarter, 359,000 customers left DirecTV. At the end of December, the price was $28.

2019 was more promising for the share price. That year AT&T was among the most popular companies for stock dividends. The enterprise was still blamed for expensive mergers with DirecTV and Time Warner. However, it managed to reassure investors. AT&T promised to avoid new acquisitions and get rid of unprofitable non-core businesses. During the year, the firm was able to return to $40.

The company’s corporate debt in December 2020 equaled the data of the previous year. Annualized Debt-to-EBITDA as of the quarter ended in March 2021 was 2.45.

T shares aren’t among the top stocks to invest in. AT&T is a popular brand in the telecom sector. Still, the company can’t get rid of losing businesses and focus on primary segments. It affects its financial position and attractiveness for investors. That’s why its future growth is limited.

The price expectations are weak. According to analysts and market experts, the company’s shares will lose value for the next 10 years.

AT&T stocks aren’t a good long-term investment, so they won’t allow earning on their growth. However, you can trade them. Trading allows buying and selling assets without owning them. Intraday trading is an interesting option. A Liteforex demo account resembles real market conditions and provides a wide range of indicators for technical analysis to gain experience in challenging stock trading.