All quiet as we wind down to the festive period 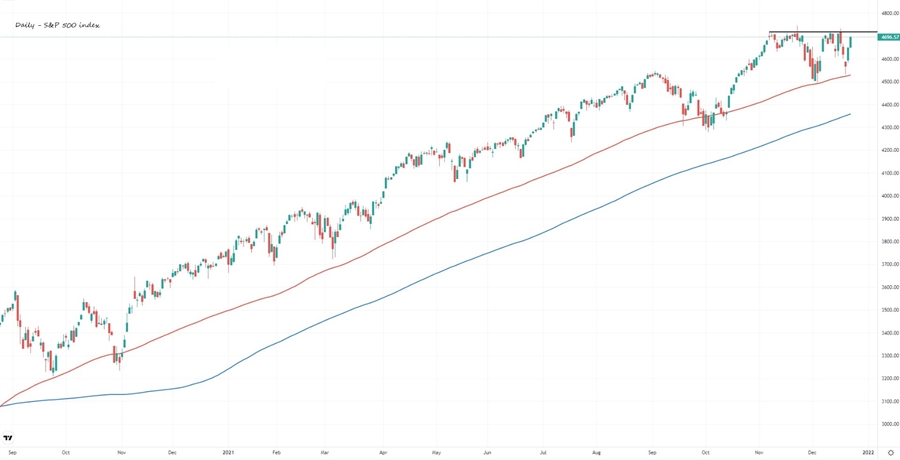 Greetings from sunny Singapore! Where flights are starting to get suspended again as omicron becomes more widespread across the globe.

That said, markets have been taking the news in stride as there is room for optimism. The general line of thinking seems to be that omicron may be highly transmissive but much less severe. And that is helping to keep the calm as the year begins to wind down.

Even though we are not there yet, Christmas is just around the corner and that will make for thinner market conditions over the next week-and-a-half. There’s been a bit of a push and pull in risk trades but there is quite the obvious risk-on tilt prevailing in recent sessions. I mean the S&P 500 is now roughly 1% from a fresh all-time high:

Given the quieter period in the market, let’s take the next few days to discuss and talk about how things may play out next year. It’s never too early nor too late for one of these, eh? And more often than not, they never go according to plan. Heh.

Also, a big thanks to Ryan for stepping in during the last few days. It was great having him around and you can follow him on Twitter here.

We’ll have German import sales and Spanish Q3 final GDP on the agenda in Europe. As such, it’s all about the headlines and risk mood as we get to Christmas – with a dash of thin liquidity.